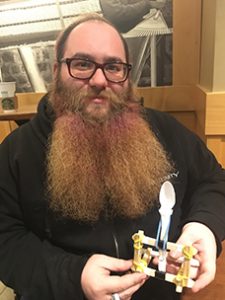 William T. Berkowitz Jr (Born: July 11th, 1988) was raised in Northeastern Pennsylvania, the majority of his adolescence spent in the wooded Pocono mountains. A project in high school inspired his interest in becoming a filmmaker and attempted his first feature film in his senior year. He studied Broadcast Communications and Journalism but was unsatisfied creatively. In the winter of 2013 decided to chase his dream of becoming a filmmaker and moved to Los Angeles to attend the New York Film Academy where he received his BFA in Filmmaking in January of 2017. When not working on films, William’s hobbies include Leatherworking and making things with his hands.