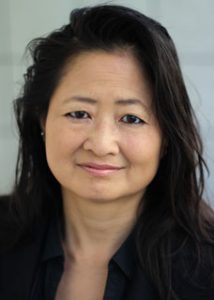 TOY Lei is a native New Yorker who is a California transplant.  She’s had a fascination with action movies since her parents took her to Chinatown to watch kung fu movies and her in-depth participation in THE HURRICANE FIST (which was an homage to that genre) debuted at Comic-con.  Last summer she worked with two-time Academy Award director Alejandro Innaritu for eight days on his experimental VR short which debuted at the 2017 Cannes Film Festival.  She has been seen in episodic television such as TEEN WOLF, PARENTHOOD, HAPPY ENDINGS and WEIRD LONERS, and recurred on the FOX show SON OF ZORN.  After lamenting the lack of roles for Asian females over 30 especially with the “fun” stuff, she began writing and producing her own projects.  Her directorial, writing and producing debut, THE WEDDING, won her the Top 5 Women Filmmakers award from the Asian-American Film Lab and New York Women in Film and Television.  Her ﬁlm, BOXER, won not only Best Actress, Best Action and the Grand Prize at the 2015 AAFilmlab Shootout, but also won Awards of Merit from the highly competitive Accolade Competition for Short Film, Women Filmmakers and Leading Actress. The ﬁlm opened its fest run at the coveted Etheria Film Night winning Best Action.  Her latest, HOW TO GET CAUGHT, also won Awards of Merit from the Best Shorts Competition for Short Film and Leading Actress and is just starting its fest run.