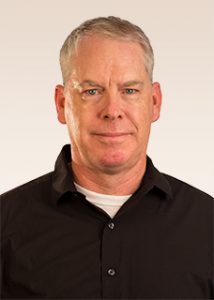 During his high school years, Ron studied acting at ACT in San Francisco. He went on to earn a BFA with Honors at Carnegie-Mellon University in Pittsburgh. Ron worked professionally in regional theater, off-Broadway and in television and film. Perhaps his biggest claim to fame is his portrayal of the first human to have contact with a Klingon on the TV premiere of Enterprise. A self-taught computer whiz, Ron worked as a computer trainer at Saatchi & Saatchi LA and Team One Advertising, including writing, directing and filming a series of award winning computer training films. As a producer and videographer for CETV, Ron produced content for many clients around the country.

Ron was among a group of like-minded filmmakers who founded Humanus Documentary Films Foundation in 2008. Humanus is a non-profit documentary film company based in southern California that is dedicated to creating documentaries about historically significant people and events. Ron co-directed/produced the company’s first feature length documentary, The Millionaires’ Unit – U.S. Naval Aviators in the First World War, which won two “Best Documentary Feature” awards at film festivals in 2015.

Rose is a Rose is a Rose marks Ron’s first foray into narrative comedy films as a director and he is very excited to be working with such a talented group of actors and crew.